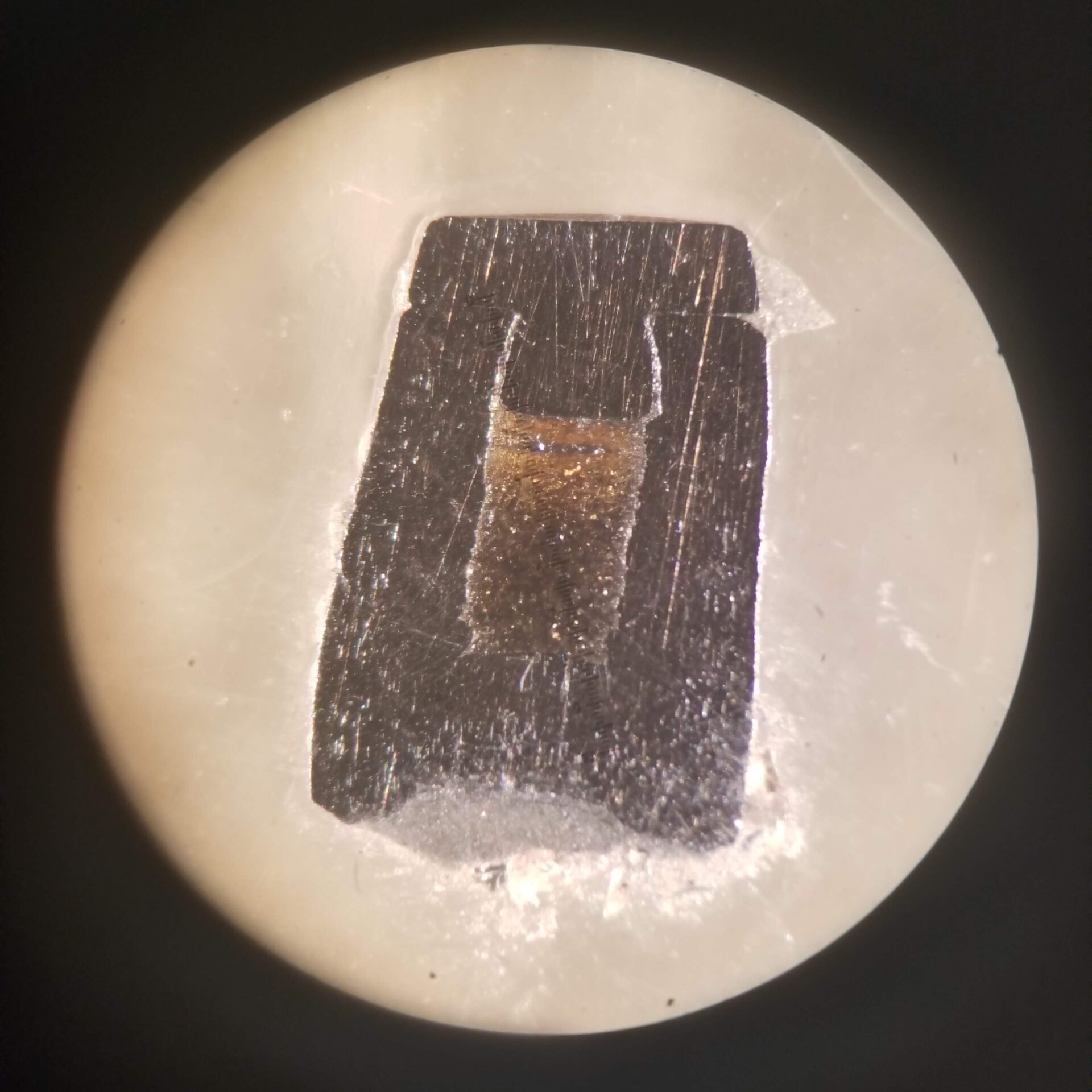 This was a fun project with the high-pressure experimental petrology group during my internship at NASA. Another intern and I were challenged as a team to prepare mounted thick sections of lunar and martian analogs they synthesized so that they could be used for nano-SIMS analysis. We were tasked to prepare about 120 of these samples. For most analytical geochemistry purposes, samples can be prepped, mounted, and polished within epoxy resin. But it’s not as easy with nano-SIMS, because hydrocarbons and other volatiles present within the epoxy will degass ruining the measurement. So, we needed to come up with an alternate solution. Further complicating the matter, these samples were encased within an outer shell, the entirety of which was only slightly thicker than a paperclip.

My novice attempt at engineering